Volunteer of the Year - Bob Lane 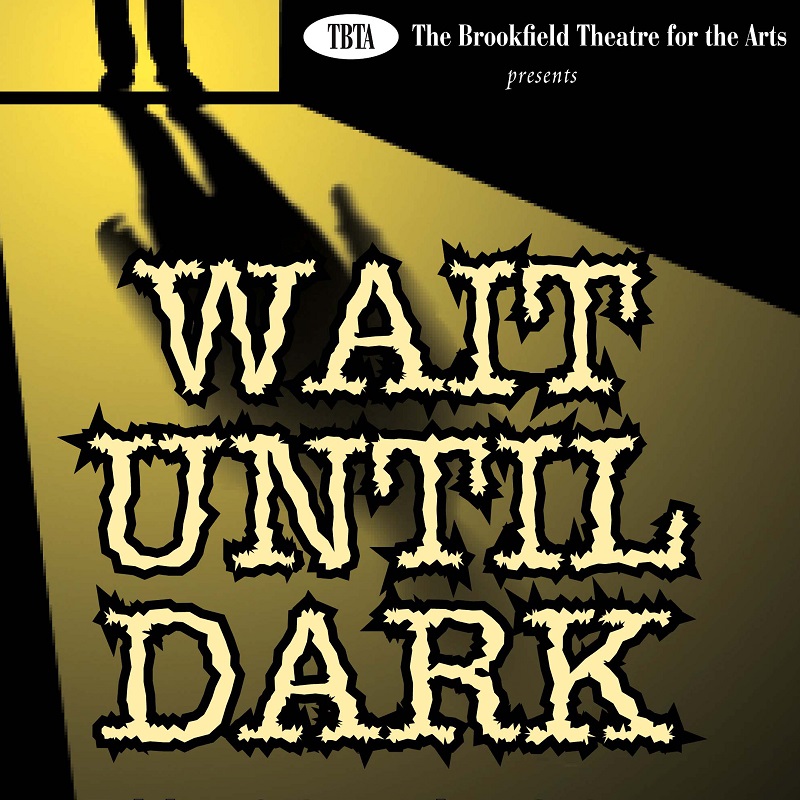 A sinister con man, Roat, and two ex-convicts, Mike and Carlino, are about to meet their match. They have traced the location of a mysterious doll to the Greenwich Village apartment of Sam Hendrix and his blind wife, Susy. Sam had apparently been persuaded by a strange woman to transport the doll across the Canadian border, not knowing that sewn inside were several grams of heroin. When the woman is murdered the situation becomes more urgent. The con man and his ex-convicts, through a cleverly constructed deception, convince Susy that the police have implicated Sam in the woman's murder, and the doll, which she believes is the key to his innocence, is evidence. She refuses to reveal its location, and with the help of a young neighbor, figures out she is the victim of a bizarre charade. But when Roat betrays his associates, a deadly game of cat and mouse ensues between the two. Susy knows the only way to play fair is by her rules, so when darkness falls she levels the playing field to bring this game to an end. 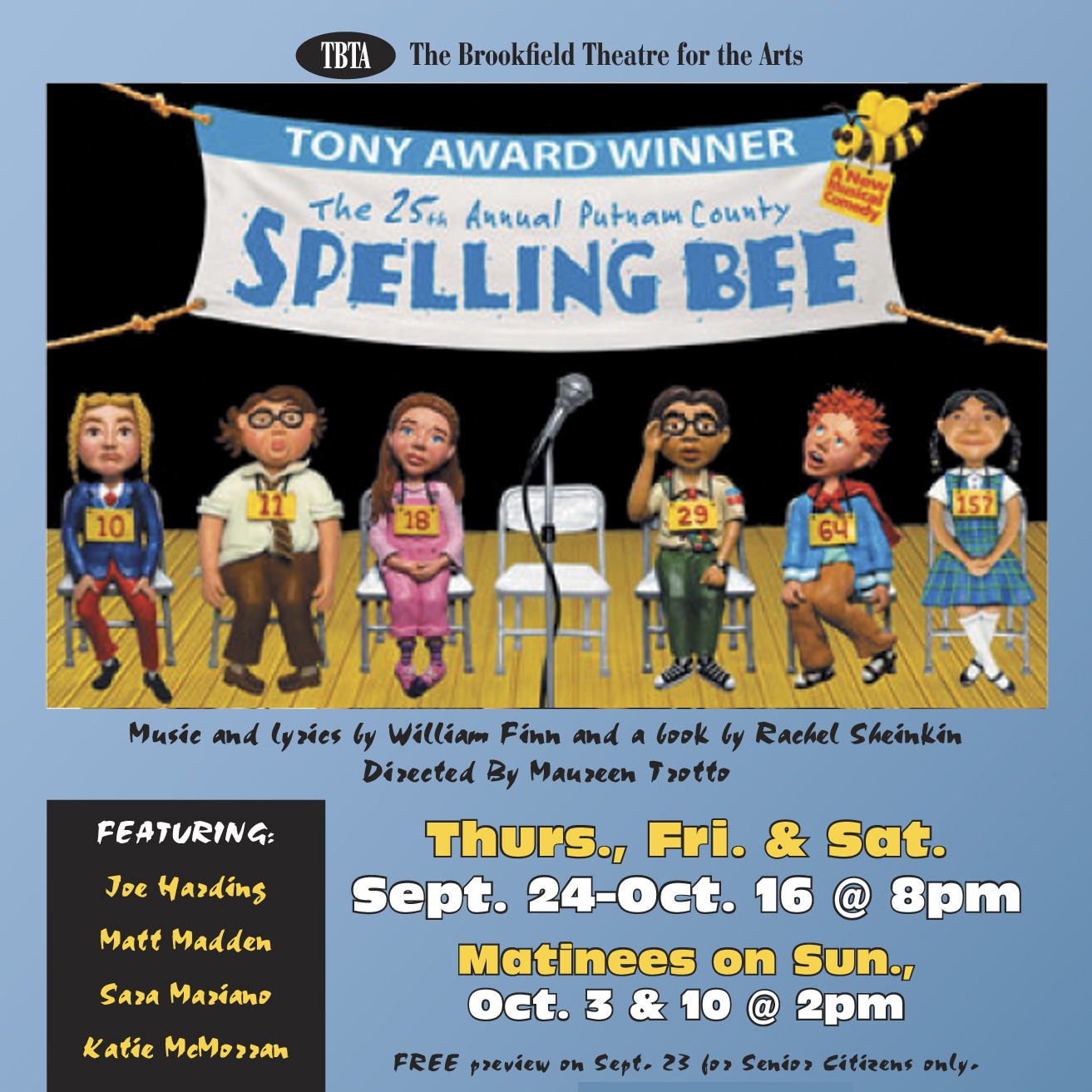 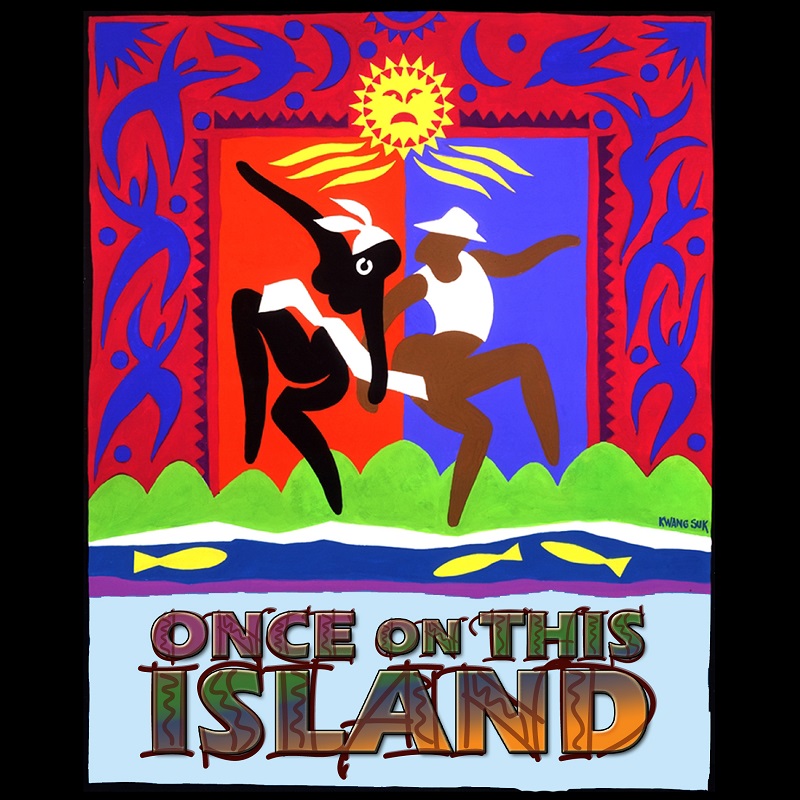 Once On This Island

Book and lyrics by Lynn Ahrens and music by Stephen Flaherty
Based on the novel My Love, My Love by Rosa Guy
Directed and Choreographed by Michael Burnett
Musical Direction by Brian Simalchik
Vocal Direction by Diane and Jaimie LaPine

The play, based on the novel "My Love, My Love" by Rosa Guy, takes place on a Caribbean island divided by social prejudice. The show revolves around Ti Moune, a poor peasant girl, who falls in love with Daniel, an upper class boy whose life she saves after a car crash. Various gods control the peasants' lives including the god of Love, (Erzulie) Earth (Asaka), Water (Agwe), and Death (Papa Ge). The show focuses on the effects social class divisions have on love. 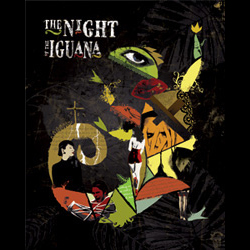 Staged:
The Night of the Iguana

Set on the eve of World War II at a beachside hotel in Mexico, The Night of the Iguana introduces audiences to the recently defrocked Rev. Lawrence Shannon. Working as a cut-rate tour guide for a group of Baptist school teachers, Shannon quickly finds himself in hot water for sleeping with a young woman in the group. Finding refuge at the Costa Verde Hotel, owned by his friend, the seductive widow Maxine Faulk, Shannon does his best to manage the disaster. Also arriving at the hotel is the pure spinster painter Hannah Jelkes, who scams tourists with her grandfather Nonno, "the world's oldest living and practicing poet." Shannon cajoles Maxine into letting them stay, and over the course of the night's tribulations, Hannah and Shannon forge an unlikely friendship. As the last of Williams' celebrated works, The Night of the Iguana offers complex, three-dimensional characters in a poetic, sensual tale of inner conflict, companionship, and, ultimately, redemption. 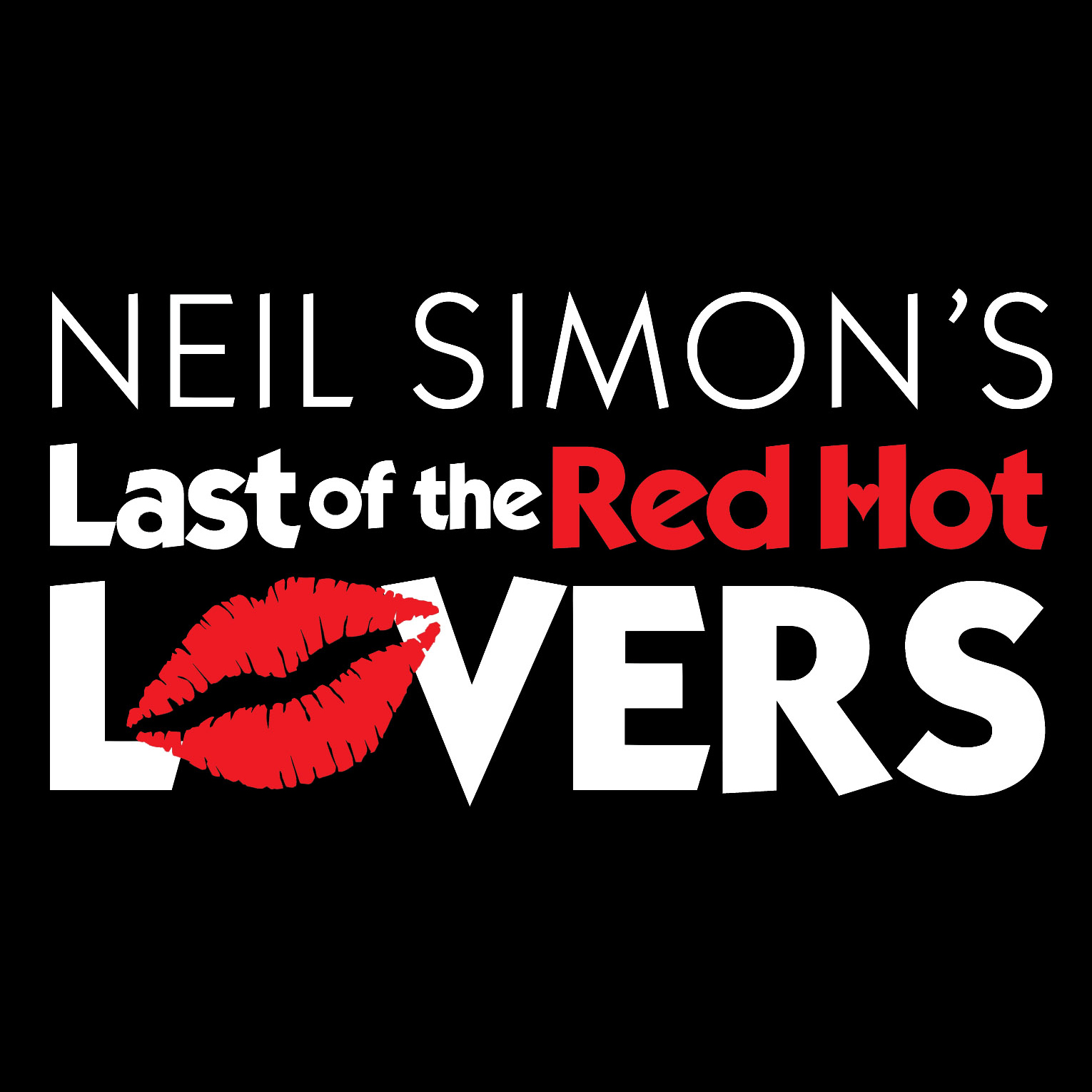 Neil Simon's classic comedy follows 52-year-old Barney Cashman's failures in each of three seductions as he attempts to have an affair before its too late. 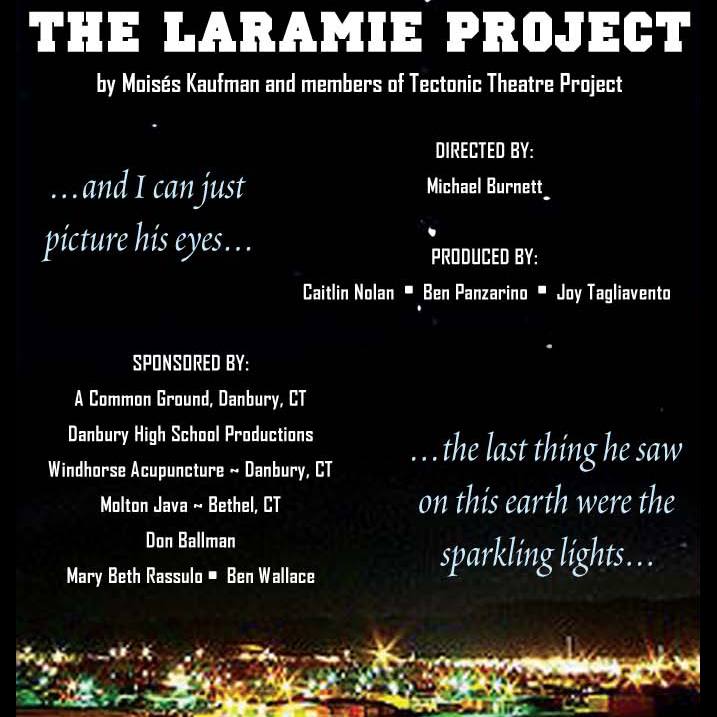 In October 1998 Matthew Shepard was kidnapped, severely beaten and left to die, tied to a fence on the outskirts of Laramie, Wyoming. Five weeks later, Moiss Kaufman and fellow members of the Tectonic Theater Project went to Laramie, and over the course of the next year, conducted more than 200 interviews with people of the town. From these interviews they wrote the play The Laramie Project, a chronicle of the life of the town of Laramie in the year after the murder. THE LARAMIE PROJECT is one of the most performed plays in America today. Because of the social importance of this production, the cast of The Laramie Project will be offering a free "Talk Back" after each performance. Partial proceeds from The Laramie Project to support The Matthew Shepard Foundation and the TBTA scholarship fund. 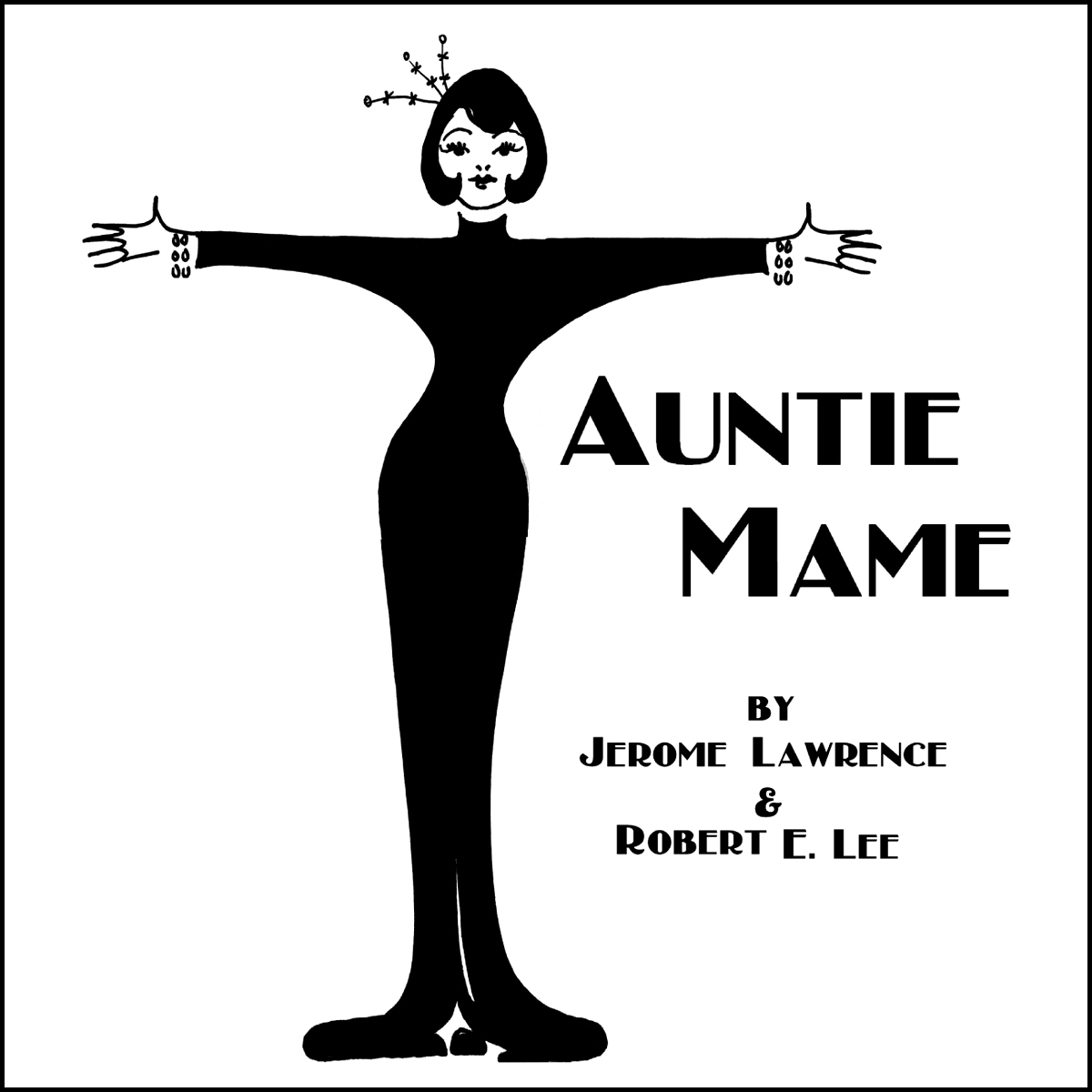 In the late 1920s, young Patrick Dennis is sent to New York to live with an aunt he has never met -- Mame Dennis, a fast-living, sharp and decidedly eccentric woman beset by both the fads and fashions of the day and the money and social connections with which to indulge them. Mame runs riot through the Roaring Twenties, survives the hysteria of the Depression and along the way gets involved in theatrical performances, fox hunts, Southern country society, a wealthy husband, an Irish poet, a college lover, and most famously her beloved nephew's unfortunate engagement to the shallow and snobbish Gloria Upson. Each comic disaster is more memorable than the last, and Mame herself lingers in the mind as an inspiration to live! Live! LIVE! life to the fullest no matter the consequences. After all, life is a banquet and more poor suckers are starving to death! 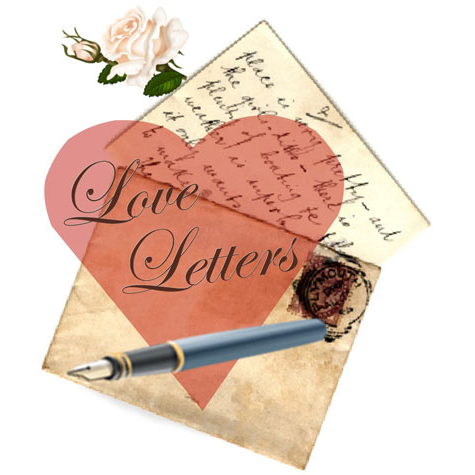