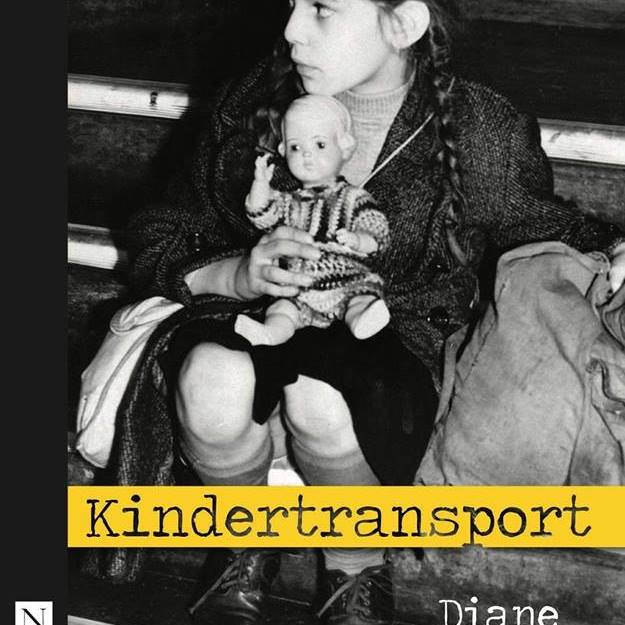 The Kindertransport was a British rescue mission that took place at the beginning of WWII. Over 10,000 Jewish children from various countries were placed in British foster homes. The play by Diane Samuels follows a fictional Kindertransport child, Eva Schlesinger as she deals with past, present, and future. The New York Times called it an "earnest, hard-working play" with a unique perspective. 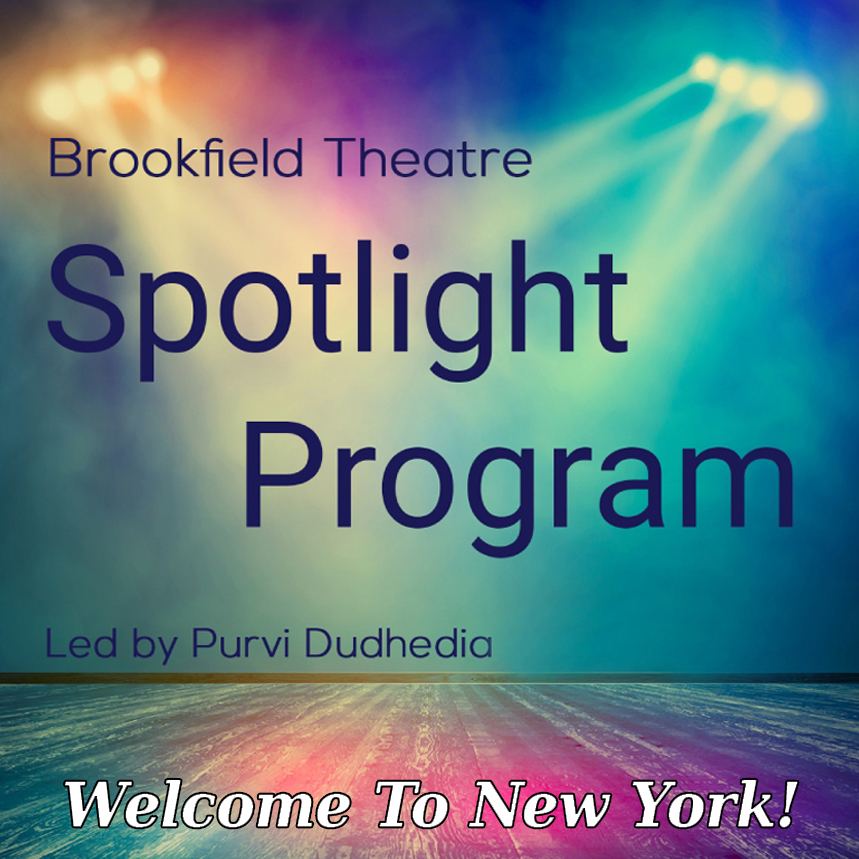 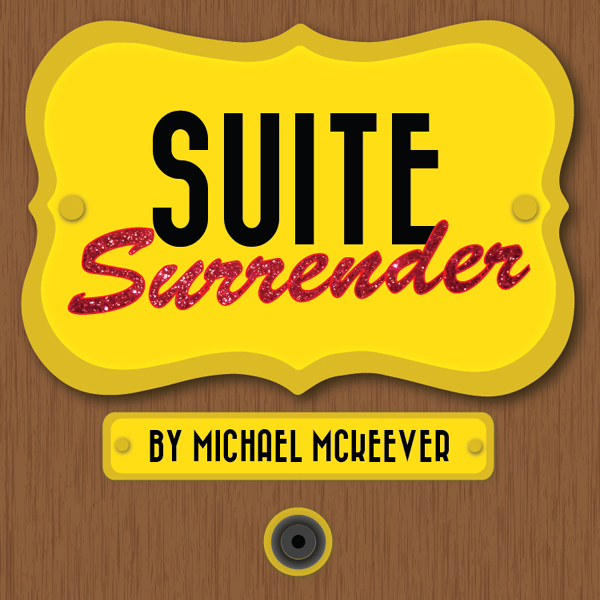 It's 1942, and two of Hollywood's biggest divas have descended upon the luxurious Palm Beach Royale Hotel -- assistants, luggage, and legendary feud with one another in tow. Everything seems to be in order for their wartime performance...that is, until they are somehow assigned to the same suite. Mistaken identities, overblown egos, double entendres, and a lap dog named Mr. Boodles round out this hilarious riot of a love note to the classic farces of the 30s and 40s.
STARRING:
Deborah Carlson - Claudia
Suzanne Powers - Athena
John Bachelder - Dunlap
Brian DeToma - Pippet
Monica M. O'Brien - Dora Del Rio
Sam Bass - Francis
Rigby Wilkins - Otis
Elayne Gordon - Mrs. Osgood
Ashley Brundage - Murphy

Staged:
Are You My Sister?

A story about family and forgiveness. "Are You My Sister" is set in October at a family home in Maine. As they gather to honor the passing of the matriarch, family tensions rise.... 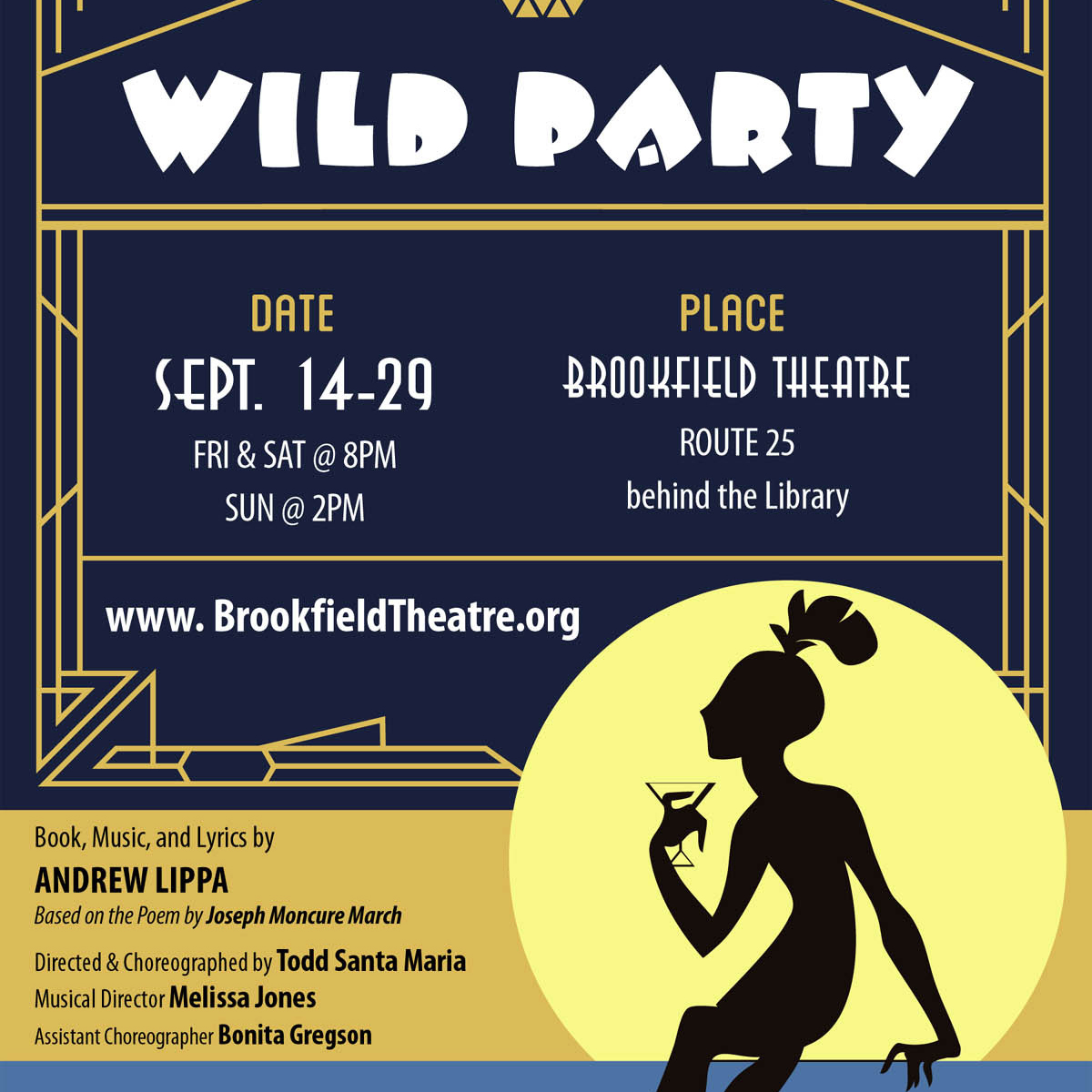 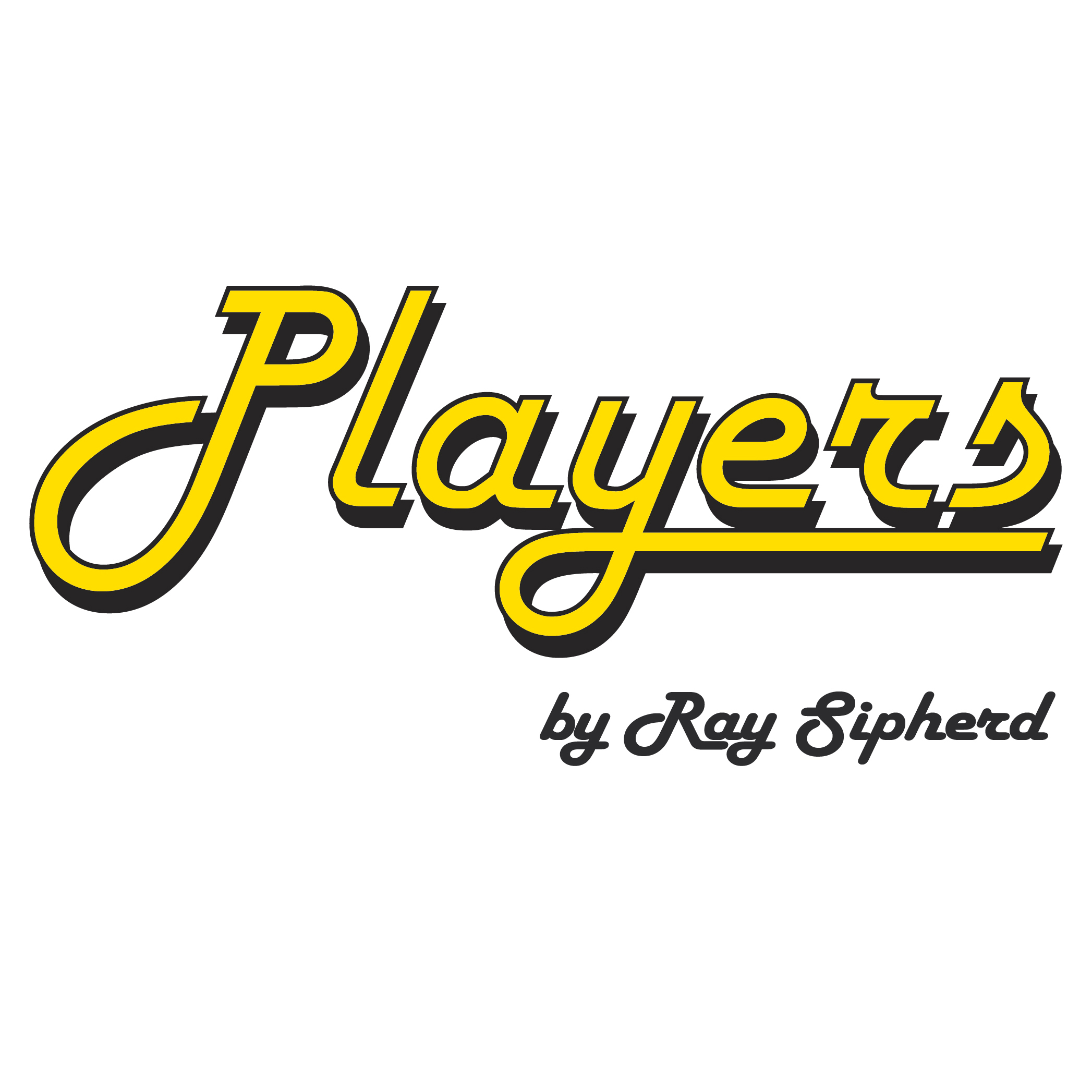 A heartwarming comedy about the world of theatre.
On the stage of a small theater in New York City, six people are gathering. Two are older actors; Justin Halsey and Alicia Carr; and a younger couple, Tom McCracken and Sarah Simms. The others are the director, Gabriel Getz, and his assistant, Penny Nicholas. It is the first day of rehearsal of a new play called Celebrations, dramatizing the events that mark the passage of our lives.
But how true to their own lives are those of the characters the actors play? Its a question for which no rehearsal can prepare them or for answers they must suddenly confront. All the worlds a stage, and all the men and woman merely players, Shakespeare said.
In Players, bonds are made and broken, secrets are revealed, and the future of each one of them is changed in ways that no one can foresee.

About the author:
Ray Sipherd was one of Sesame Street's early writers, working on the show from 1969 to 1986. His work on Sesame Street earned three Emmy awards.
Sipherd also wrote several Sesame Street books.
Sipherd, a graduate of Yale University, created the award-winning NPR program All Things Considered. In addition, he has penned a number of mystery novels for adult audiences, such as Dance of the Scarecrows, and published a collection of short stories titled The Christmas Store. He has served as a senior staff editor for Reader's Digest Condensed Books and authored several articles for CNBC. 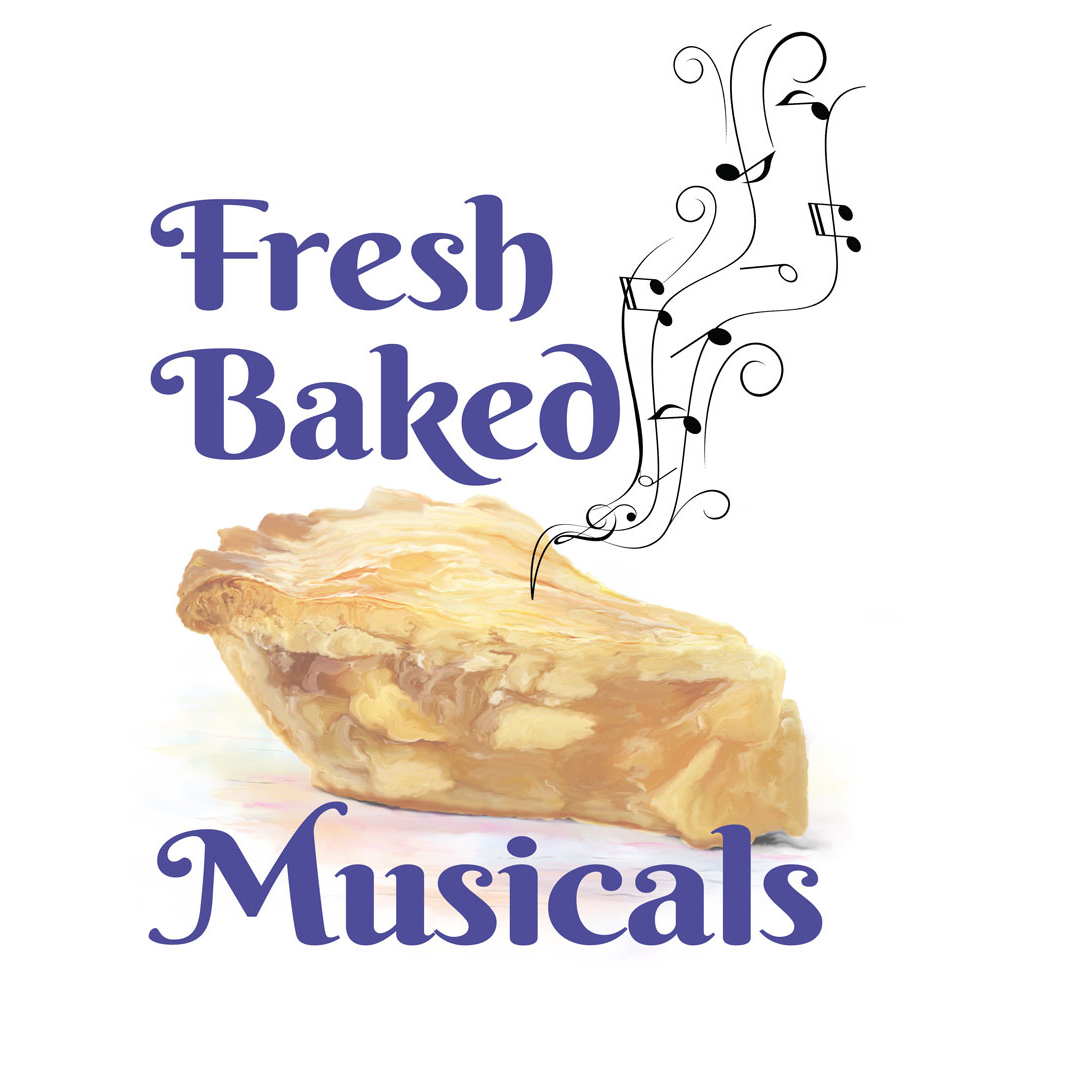 A festive concert will be held Saturday, August 4th from 7 pm to 9:15 at Brookfield Theatre for the Arts, 184 Whisconier Rd, Brookfield, CT. The evening will feature songs from a range of new musicals, highlighting talented emerging artists and new works from veteran Broadway writers, including Stephen Schwartz (known for Wicked, Pippin) and Michael John LaChiusa (See What I Wanna See and Wild Party).
PERFORMERS
The concert features singers from Connecticut and New York. Several of the concerts writers are also performing in the concert: Matthew Gurren, Bill Nabel, William Squier, and Jeff Loden.
Special guest performer RAISSA KATONA BENNETT will be the featured artist. On Broadway, she appeared as Christine Daae in Phantom of the Opera, Chess in concert, and the First National Tours of Cats and Parade. A multiple award-winning concert & cabaret artist, shes headlined with Symphony Orchestras throughout the north east, at Feinsteins, the Beechman Theatre, Metropolitan Room & Iridium, and at Lincoln Center and Town Hall in the Mabel Mercer Cabaret Convention. Recently, she appeared Off-Broadway in 2 new shows Devil and the Deep and Water from the Moon, and in the first regional Equity production of FUN HOME at the Music Theatre of Connecticut. She has 2 critically acclaimed CDs on iTunes and Amazon and has been celebrating the release of her newest CD on the LML Music Label, "Can't Help Singing - The Music of Jerome Kern", with cabaret shows at the Laurie Beechman Theatre in NYC. www.raissakatonabennett.com
Also appearing as a special guest is GREG RODERICK who was most recently seen as the father in Fun Home at Music Theater of Connecticut. On Broadway he was seen in Lincoln Center's South Pacific, and has appeared off-Broadway, in concerts, and on the national tours of The Sound of Music, South Pacific and Parade (directed by Harold Prince). Greg worked with Steve Martin and Edie Brickell in their world premiere of Bright Star at the Old Globe, as well as in numerous other regional theaters around the country, including Goodspeed, Paper Mill, and the Berkshire Theater Festival. www.gregroderick.com
Other singers include: Tyler Carey, Pam DeHuff, Scarlett Mazur, Kelsey Morris, Kennedy Morris, Megan O'Callaghan, Dan Satter, Melanie Votaw, and Morgana Kate Watson
The musical director is JEROLD GOLDSTEIN. Goldstein has been directing, musical directing, and teaching in schools and privately throughout Connecticut for the past 30 years. As an actor, he has performed in numerous musical productions in New York City including on Broadway in How to Succeed in Business Without Really Trying and Aint Broadway Grand. He was in the national tour of Little Shop of Horrors and A Funny Thing Happened on the Way to the Forum. He won the Barrymore Award for Gun Metal Blues, was in the Kennedy Center's Shear Madness, & toured Europe in 42nd Street. As a composer, several of Goldstein's shows (written with William Squier) have been performed around the country, including Babalu, Music is my Fist (their send up of the Rat Pack), and The Three Scrooges. As co-bookwriter, his musical ROUTE 66 has received a number of regional productions. www.JeroldGoldstein.com
The concert was initiated and produced by Brookfield Theatre's curator of new musicals, Carol de Giere. She is author of "The Godspell Experience" and "Defying Gravity: The Creative Career of Stephen Schwartz" as well as the on-line magazine for new musicals "Musical Writerzine". 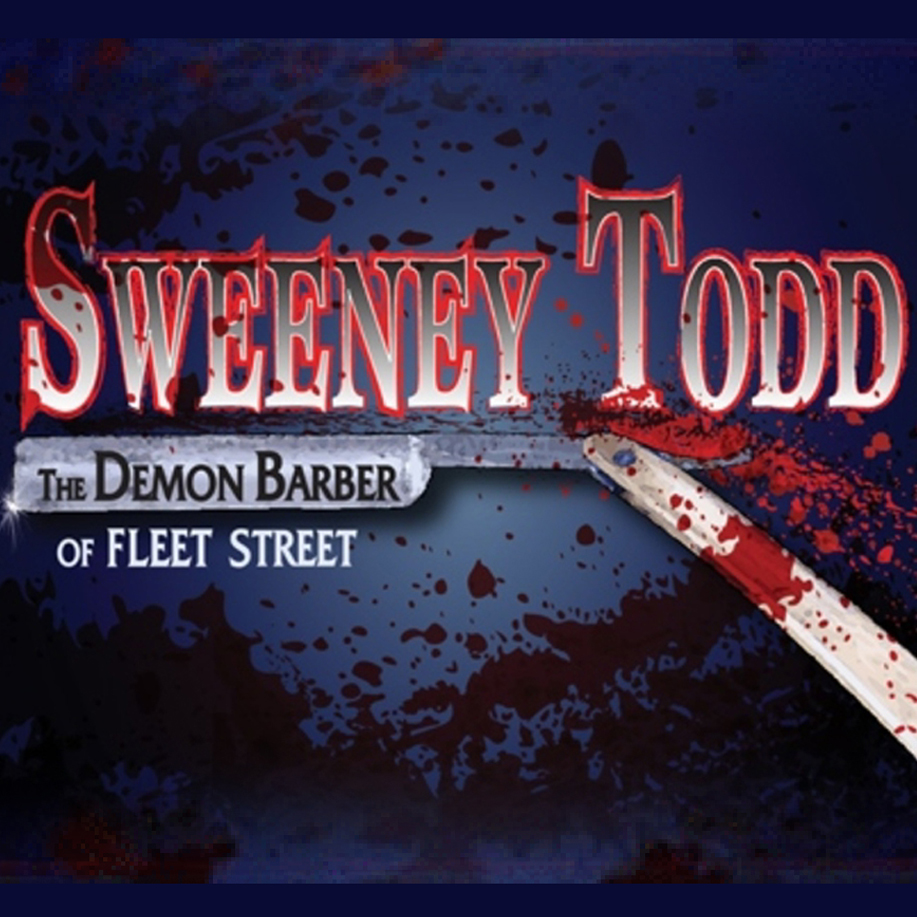 Sweeney Todd has become a bloody, worldwide success since being awarded eight Tony's, (including Best Musical), for its Broadway premiere. Stephen Sondheim's and Hugh Wheeler's (A Little Night Music, Pacific Overtures) tasty, thrilling, theatrical treat has simultaneously shocked, awed and delighted audiences across the world.
An infamous tale, Sweeney Todd, an unjustly exiled barber, returns to nineteenth century London, seeking vengeance against the lecherous judge who framed him and ravaged his young wife. The road to revenge leads Todd to Mrs. Lovett, a resourceful proprietress of a failing pie shop, above which, he opens a new barber practice. Mrs. Lovett's luck sharply shifts when Todd's thirst for blood inspires the integration of an ingredient into her meat pies that has the people of London lining up...and the carnage has only just begun!
Featuring two unforgettable star turns and some of the most chilling music ever written for the stage, this masterpiece is sure both to thrill and delight audiences. 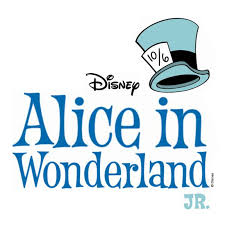 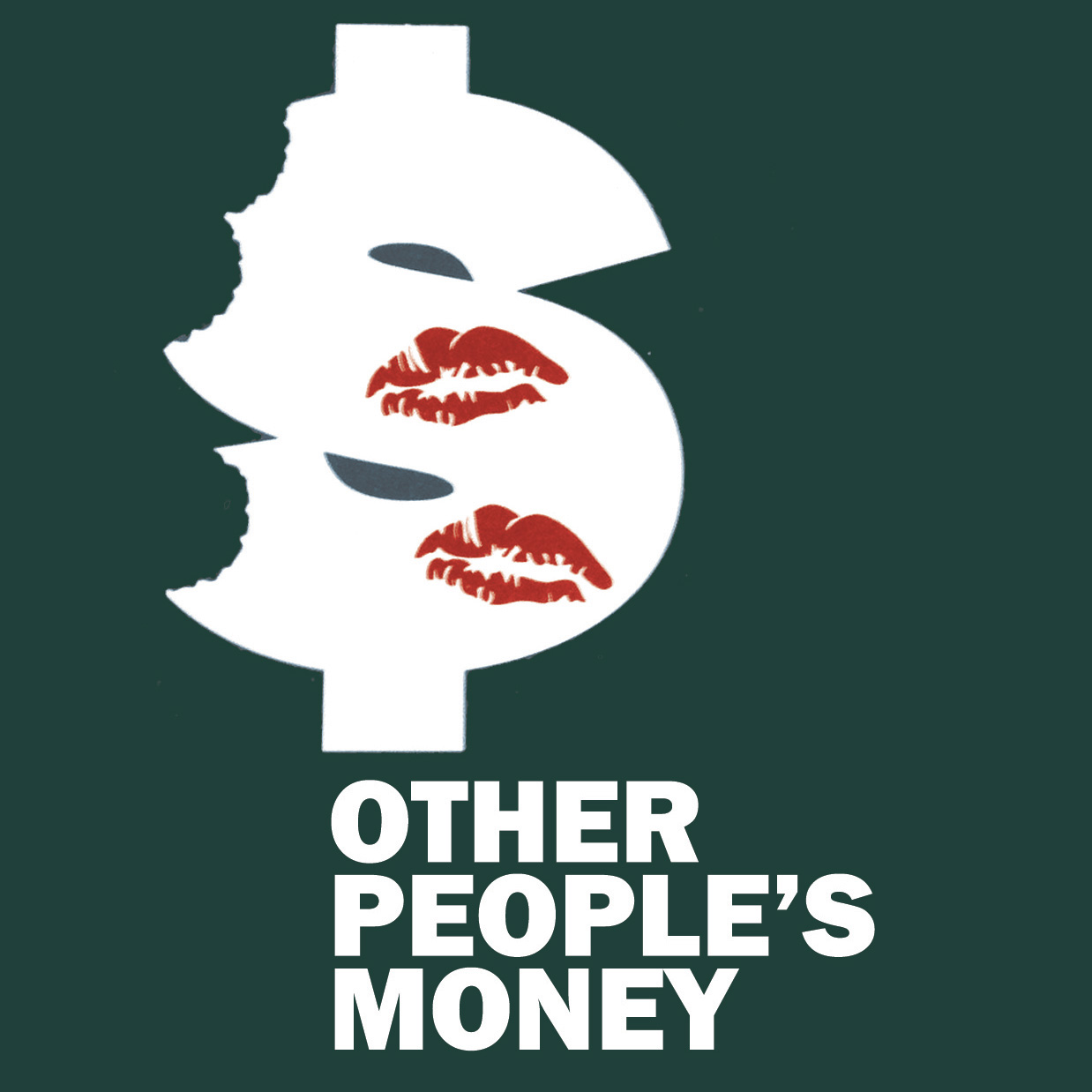 Winner! Outer Critics Circle Award for Best Off Broadway Play
Wall Street takeover artist Lawrence Garfinkle's computer is going tilt over the undervalued stock of New England Wire & Cable. If the stockholders back his take over, they will make a bundle but what will happen to the 1200 employees and the community when he liquidates the assets? Opposing the rapacious financier are the genial man who has run the company since the year one and his chief operations officer. They bring in a young lawyer who specializes in fending off takeovers. Should she use green mail? Find a white knight? Employ a shark repellent? This compelling comedy/drama explores whether corporate raiders are creatures from the Black Lagoon of capitalism or realists. 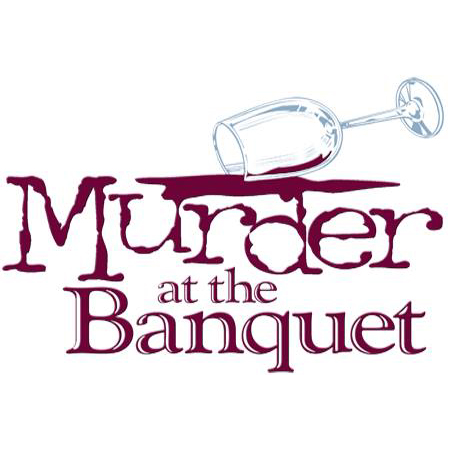 Murder At The Banquet 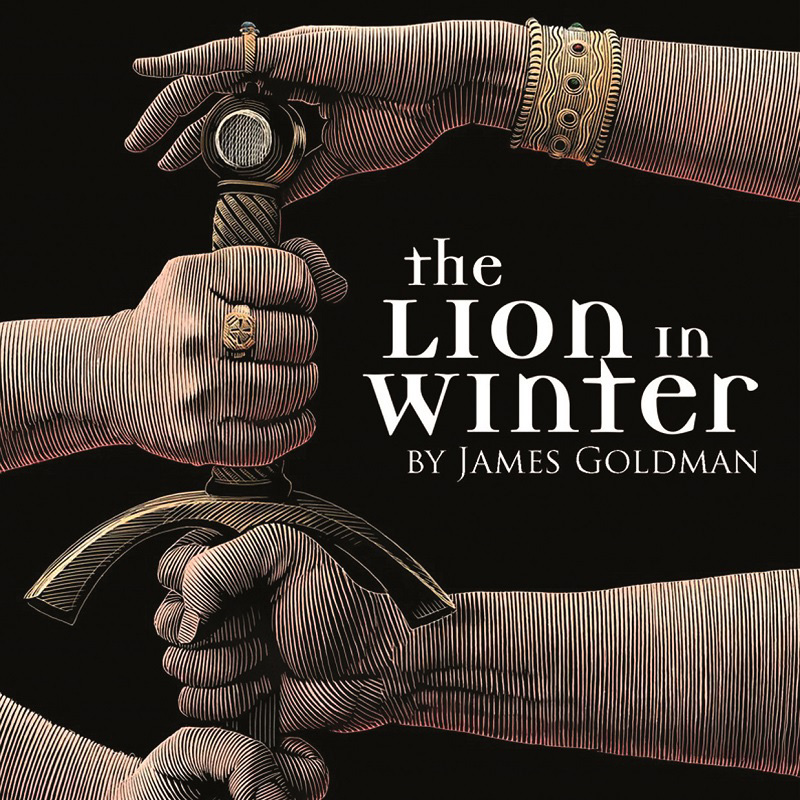 The Lion In Winter

Power, betrayal, sibling rivalry, knives, and dungeons The Lion in Winter by James Goldman is a modern-day classic. Comedic in tone, dramatic in action, the play tells the story of the Plantagenet family who are locked in a free-for-all of competing ambitions to inherit a kingdom. The wealthiest and most powerful woman in the world, Queen Eleanor of Aquitaine, has been kept in prison since raising an army against her husband, King Henry II. Let out only for holidays, the play centers around the inner conflicts of the royal family as they fight over both a kingdom and King Henrys paramour during the Christmas of 1183. As Eleanor says, every family has its ups and downs, and this royal family is no exception.